Welcome to the 50th Anniversary of Vampirella Special coverage. We decided to take a break from the ongoing to cover the Anniversary of every one favrotie female comicbook Vampire. who was created back in 1969. We have a special guest on the show with us for this episode. 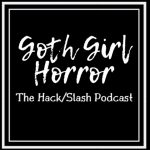